﻿A Brief History of Shudokan Karate-Do ﻿

Toyama Kanken was born September 24,1888 into a noble family in Shuri Okinawa. By the age of 9 years old he began his karate training under the well known Shuri-te instructor Anko Itosu until Itosu's death in 1915. Toyama also trained under the notable Naha-te instructor, Kanryo Higaonna, and Tomari-te with Ankichi Aragaki. Okinawa martial arts was divided into 3 different types respectfully named after each of the villages it originated.
Shuri-te
Naha-te
Tomari-te

In 1924 Toyama left Japan with his family and began teaching elementary school in Taiwan. It was here that Toyama began to study different  martial arts style based out of China like Ch'uan Fa (a form of Chinese Kempo) and various other forms similar to what most call Kung Fu. These teaching reverberated with Toyama and his prowess was apparent to the Japanese government. Toyama was recognized and awarded the right to promote to any rank in any style of Okinawan karate. He was thus given the title of master instructor.

Master Toyama opened his first school in Tokyo, Japan in 1930.  He named it Shudokan, meaning "the hall to study the way of karate". He did not claim to have established a new form of karate at this time but mearly taught what he had learned from Itosu Sensei and Ch'uan fa kempo. It was not until 1946 that Toyama founded the All Japan Karate-do Federation (AJKF) and intended to unify the many forms of karate throughout Japan and Okinawa.

At a similar time, in 1936, Gichin Funakoshi opened his first karate school and named it Shotokan. There are many similarities between Toyama's Shudokan and Funakoshi's Shotokan since both practitioners previously trained with many of the same instructors. The kata system that most Shotokan schools teach is very similar to those kata we practice at our school here in Fairbanks. One of the most noticable differences is the subtle Chinese influences in some of our movements.
https://www.ikaalaska.com/history-of-shudokan 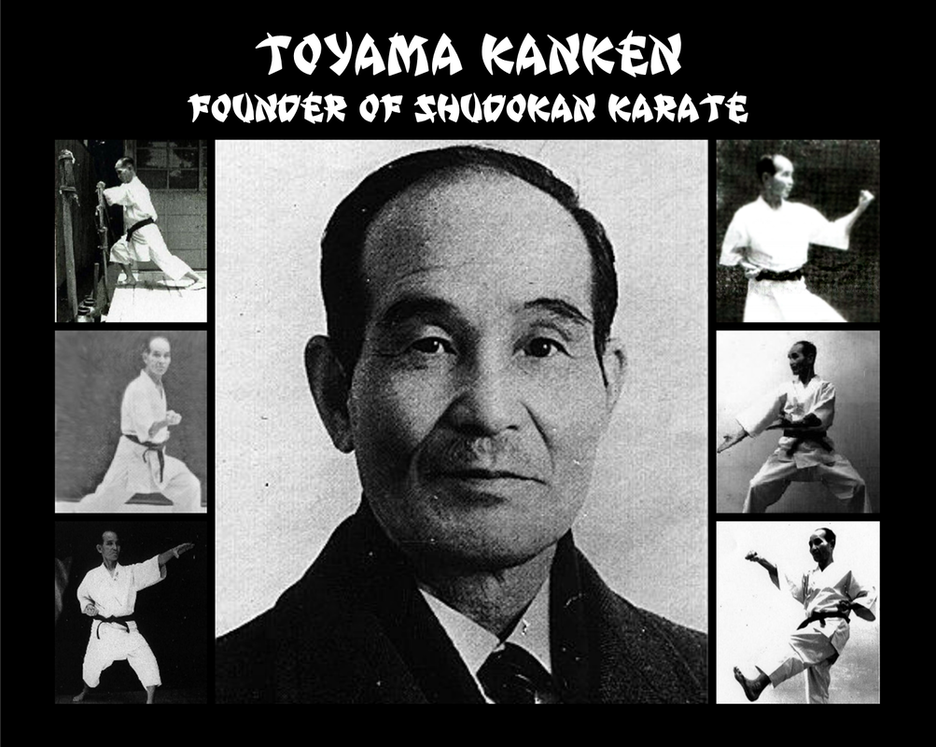